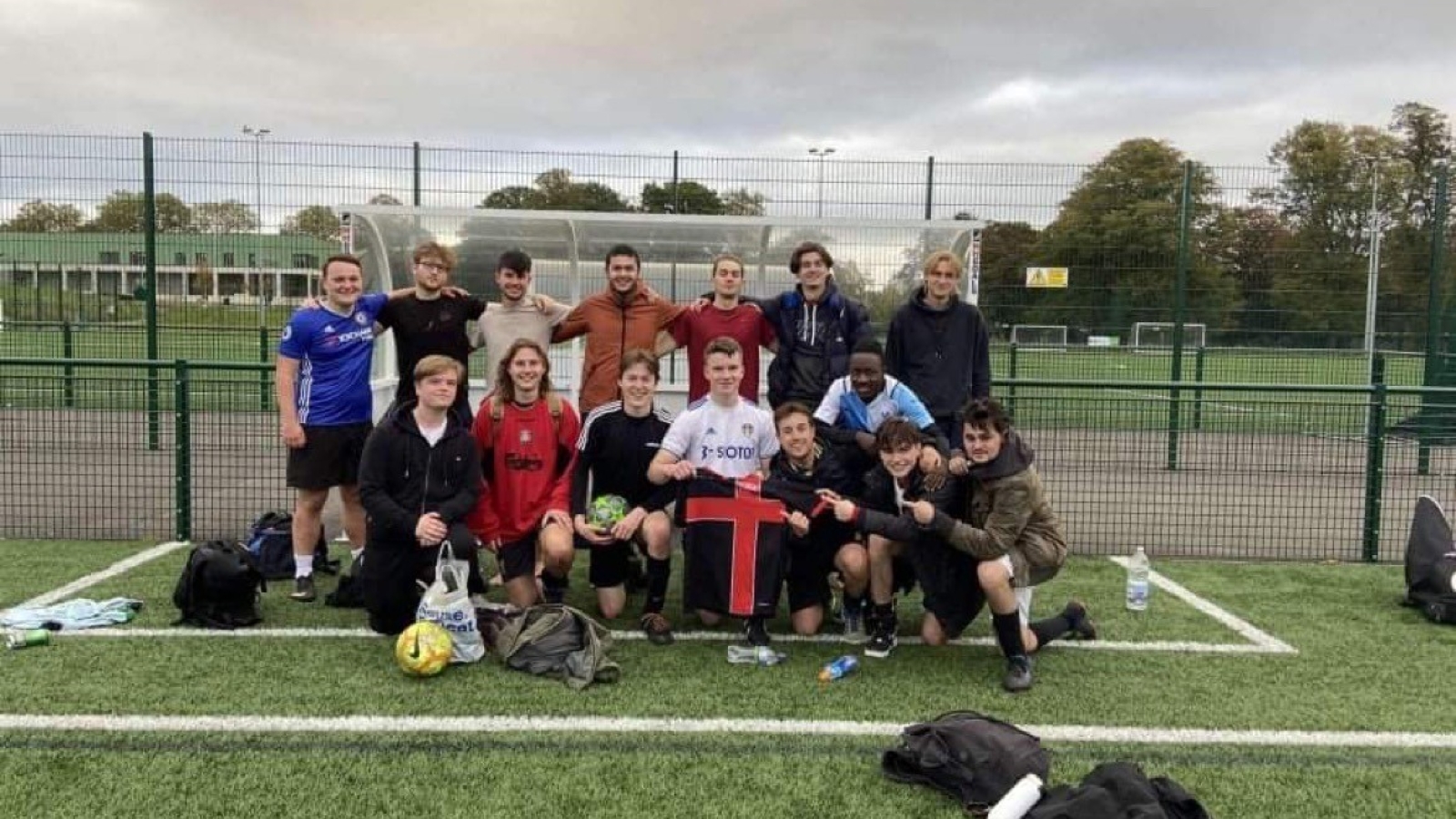 The sun was shining bright on the morning of the 24th of October. Beaming with confidence, the Guildhall team took to the tubes travelling west to Gunnersbury Park. Guildhall started strong with high pressure and an early goal scored by Josh Davis. Following the run of play Guildhall scored two more goals. A strong finish by Matt May followed by an unlucky own goal by an RCM defender making it 3-0.

Tension built quickly in the first half as the RCM comeback began with a brilliant goal. Scoring a 2nd shortly after. An intense 5 minutes followed before Matt May scored an absolute worldie leaving the RCM players speechless. From outside the box Matt curled the ball into the top right corner leaving the keeper stranded on the other side of the goal! Finishing the half strong at 4-2 the Guildhall team took a well needed rest. It was an electric atmosphere in West London as cheers from the Brentford game found their way to Gunnersbury Park.

Both teams started the second half strong, having great efforts on either side of the pitch. RCM scored their 3rd early, putting pressure on the Guildhall team to respond and maintain their lead. Guildhall seemed closer and closer to a 5th goal as the midfield (Josh Curtis, Adam Quilter and Stanley Aitken) played the ball through to striker Archie Awford for some great chances.

Eventually, a good throw from Captain Adam Quilter gave Archie Awford a good opportunity to break the deadlock with a good goal dribbling past 4 players in the box and knocking it past the keeper! Celebrations followed but was quickly interrupted by a solid 4th RCM goal. Guildhall came back strong with a high press and created some good chances, even a decent penalty shout as Sol Grimshaw was taken down in the box but the referee went the other way.

A lot happened in the last 15 minutes as Archie Awford slotted it through the line of defence to Sol Grimshaw who ran on to it and delivered a fantastic finish past the RCM keeper. 6-4! Though the team grew tired their spirit never faded. Our defence, led by Ben Pritchard, stayed strong the entire game all the way to the final minute making some important tackles intercepting the quick and clinical RCM attack. Keeper, Dan Buxton, made vital saves that kept us 2 goals ahead!

Cheers ensued as the final whistle blew and Guildhall maintained their undefeated record against RCM! 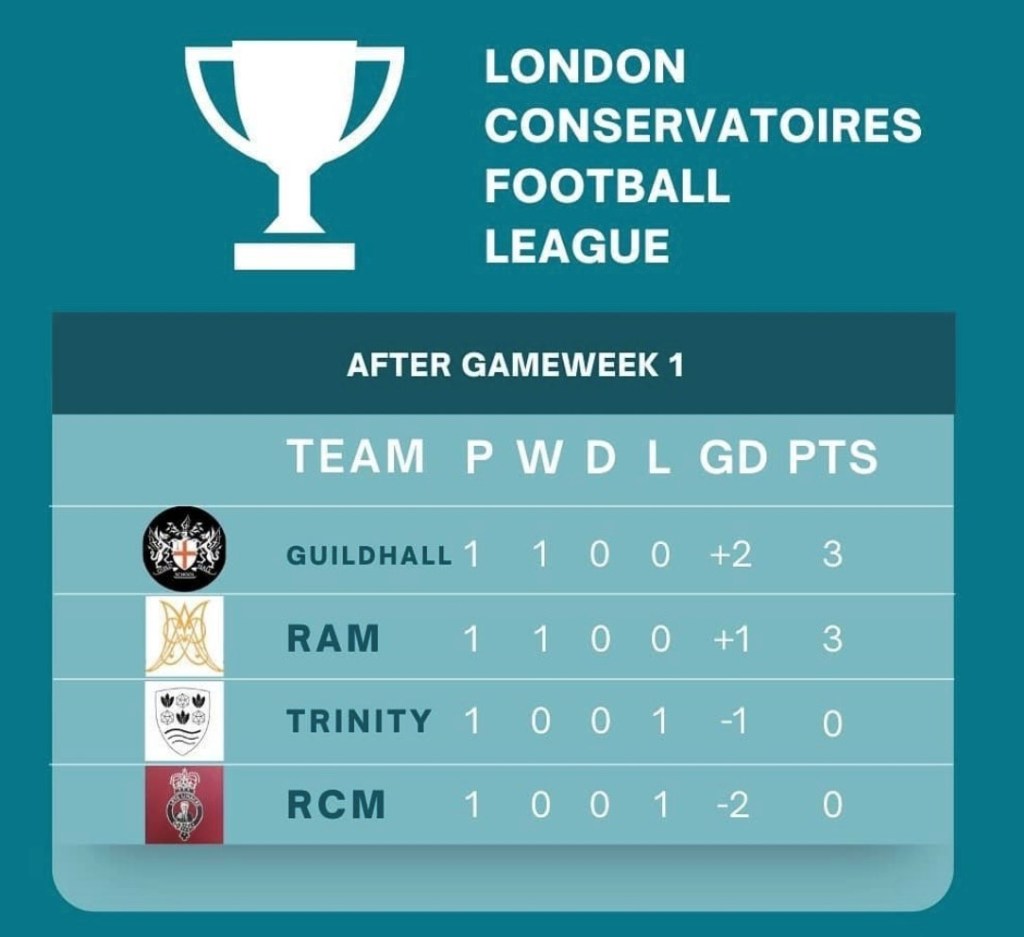